Customers often have special classes of queries, such as part numbers (“abc-123”) or brand-only (“gucci”, “3M”) queries, that require different processing logic to ensure that the most relevant products are surfaced first. The Lookups feature allows customers with these use cases to ensure that such queries are optimized. 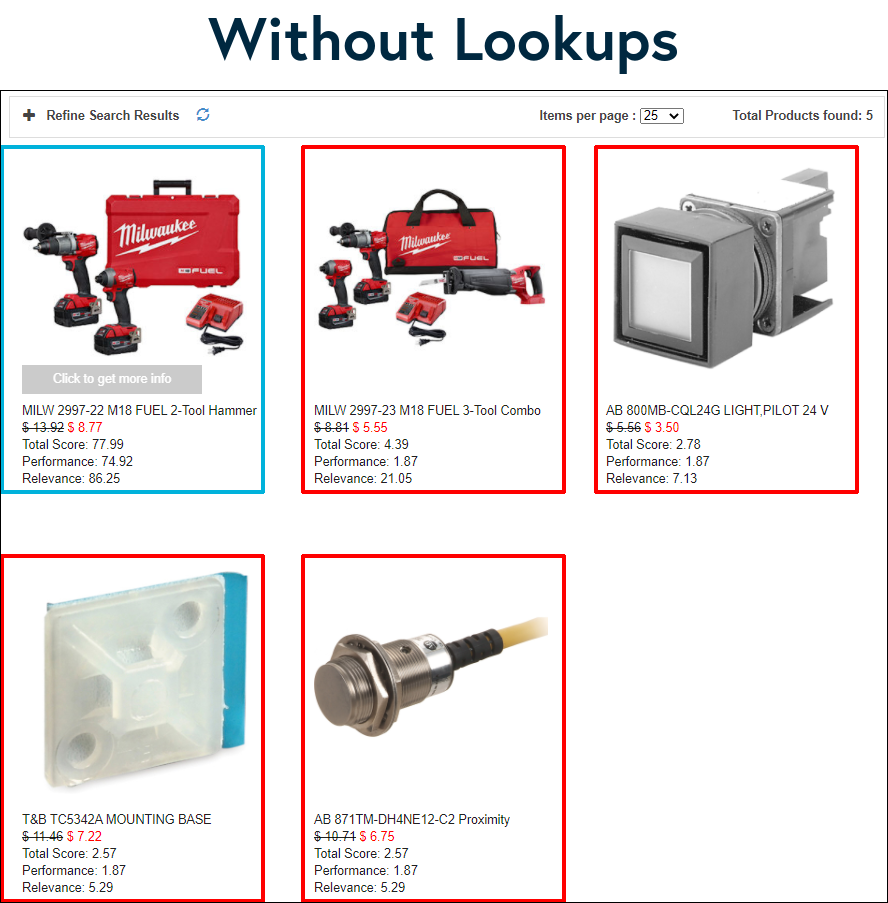 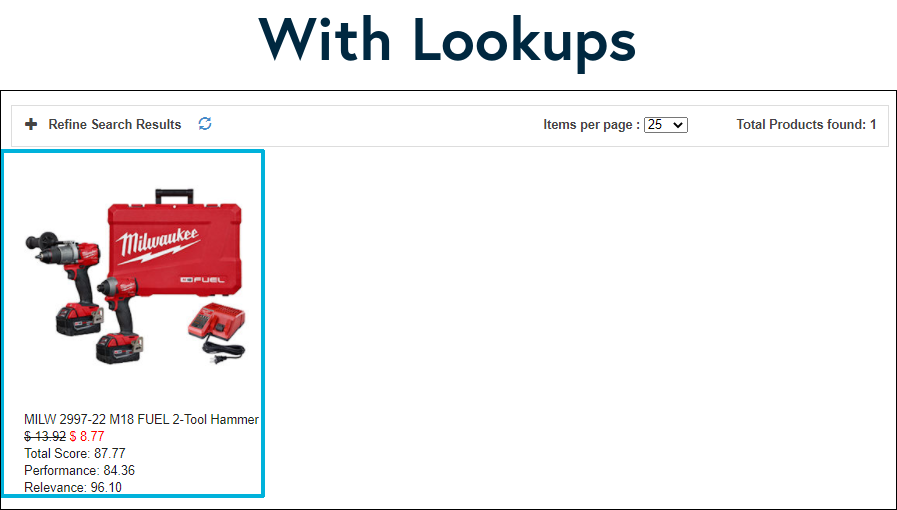 Note: This feature is optional. It is advisable only for those customers that have use cases where it can help.

The query processing methodology behind Lookups ensures a high level of precision when searching for such query types, such as part numbers, while remaining balanced for standard product+attribute queries, such as “Dewalt drill bits” or “black lace gucci dress”. Lookups are also designed to provide better support for special characters, reduce erroneous spell corrections, and overall reduce recall set noise from other searchable fields.

One of the ways that Lookups reduces erroneous spell corrections is by remembering values that have previously been present in Lookup fields. For example, when a part goes out of stock, rather than spell correcting a part number query to a (potentially irrelevant) part, the system will show zero results. While zero results are generally considered bad, in contexts such as B2B where precision of what end users buy is important it's better to show a null result vs. an irrelevant part.

You can configure a lookup field as searchable or non-searchable. This means that if there are no exact matches in the lookup field, you can decide whether the same field is used for default search* or not.

The field configuration cases are described below:

*default search is our general query processing that applies Term Match, Synonyms, Spell Check, and Query Relaxation to the query.

How to enable this feature?

New customers: if you are currently integrating Bloomreach’s Search module, please speak with the Technical Services team member who has been assigned to help with your integration.

Existing customers: If you have already integrated Bloomreach’s Search module, then no extra integration steps are required. You can discuss whether Lookups are suitable for your use cases with your Digital Experience Manager. If you would like to enable Lookups on your account, contact Bloomreach Support and provide the following information: